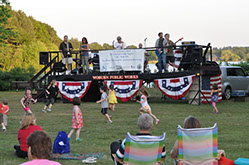 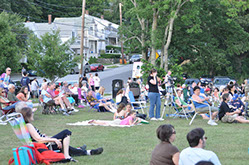 For a listing of the movies visit www.woburnrec.com in July

in the great outdoors.

The movies will start promptly at dusk (shortly after 8:15pm)

before the movie starts.

Bring your own snacks/juice and money for ice cream man.

Don’t forget your lawn chairs and blankets for the family. 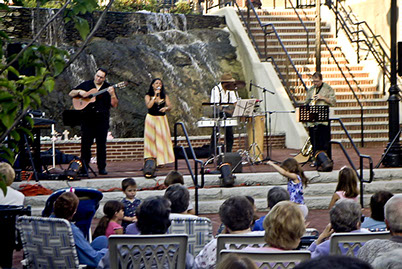 Jack Marlowe Park plays an important role in the revitalization of Woburn Center. It provides pedestrian access between the Walnut Street Municipal Parking Lot and the Main Street businesses and public buildings in the heart of Woburn Center.

The park is a comfortable, attractive place for pedestrians to take a moment to rest and enjoy a conversation, or watch the surrounding activity in the Square.

On August 8, 2003, the first public concert was held in the Park, sponsored by Woburn Environmental Residents Network (W.R.E.N.) and Social Capital Inc 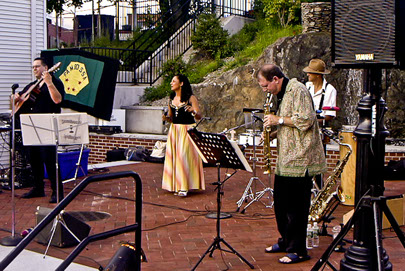 A member of the Woburnite network